Attorneys Kip Wayerski and Gerry Zmolek were law partners since 1993, until Gerry's retirement in 2018. Mitchell Wayerski joined the firm in 2012 while in college (mostly during the summers) and went full time as an attorney in 2015. We are highly experienced in Injury and Disability law. Our close working relationship allows us to work together on difficult and complex cases in order to come up with the best possible solutions for the client. 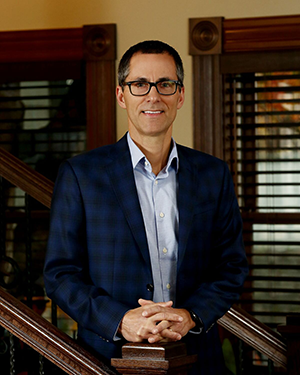 Kip enjoys spending time with his wife of over 30 years and three grown boys. He is also an avid Ironman triathlete and ultra-runner, having competed in a dozen Ironman triathlons, multiple 50 mile and 50K trail races, and numerous other events.  One of his favorite weekend pastimes is going on long mountain runs with his dog, Lindy. 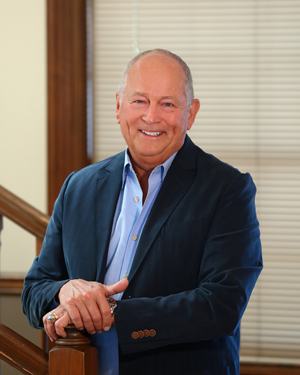 Retired?  After practicing with Kip Wayerski for over 25 years, and several years with Mitchell Wayerski, Gerry retired from the active practice of law and representation of clients. While technically retired, Gerry maintains regular contact with the firm and continues to be an informal advisor.

Gerry graduated from the United States Military Academy at West Point.  As an Army Airborne Ranger infantry officer in the 4th Infantry Division, he served as a Scout Platoon Leader, Executive Officer, interim Company Commander, and won an award as a Mortar Platoon Leader.  He also served as a Company Commander and staff officer in the 82nd Airborne Division, his last assignment. After receiving two Meritorious Service Medals, he attended law school at the University of Puget Sound and began his Workers’ Compensation, Social Security, and Personal Injury practice in Tacoma.

For the Washington State Trial Lawyers Association (now called The Washington Association for Justice) he has served on the Board of Governors,  as a Legislative Vice President, and headed the Workers’ Compensation section.  He has spoken at numerous professional seminars, has published articles on injury and disability law in state and national publications, and served on committees to study and revise the complex Workers’ Compensation system.

He has over 25 years of experience in litigation at the Board of Industrial Insurance Appeals, the Office of Disability Adjudication and Review, and Superior Court.

Gerry lives in Bellingham with his wife Cindy and enjoys his time being with his family and playing golf. 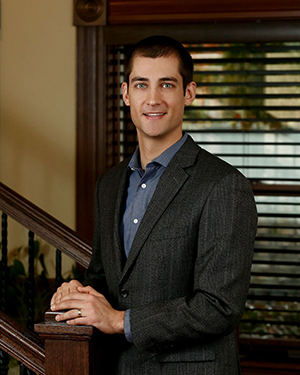 Born in Spokane, Washington, and raised in Bellingham, Mitchell attended Gonzaga University School of Law, graduating in 2015 with highest academic honors, Summa Cum Laude, and in the top 5% of his class. While at Gonzaga, Mitchell received the Judge James Lawless Scholarship Award from the Superior Court Judges’ Association (22 years after his father received the same award, which was a first in the Law School's history), along with a half dozen “CALI” awards for academic excellence.  While in law school Mitchell worked as a Rule 9 intern for the Spokane City Prosecutor’s Office, where he spent most of his time in court handling arraignments, contested hearings and other legal matters.  Mitchell has also worked for The Unemployment Law Project, handling Administrative Law Hearings for individuals who had been denied unemployment benefits.

Mitchell dedicates his law practice to Personal Injury, Workers’ Compensation and Social Security Disability/SSI cases. He is a graduate of the National Institute of Trial Advocacy. Mitchell is an “Eagle” member of The Washington State Association for Justice.  Mitchell lives in Bellingham with his wife Stephanie and twin babies, Damian and Lyla.  He is an accomplished cyclist and triathlete, having competed in many triathlons including half-ironman and full ironman distances.

We are highly competent, experienced, hard-working attorneys who are willing to take on the insurance companies, employers, and government agencies. Our attorneys and highly trained paralegals will answer your questions, protect your rights, and level the playing field so you can focus on getting better.  Simply put, our goal is to ensure that you get the proper treatment, maximize your recovery, and do the right thing.

Unlike many other law firms we don’t try to “do it all.” Because we limit our practice to injury and disability law you know you’re getting the best representation possible. We are committed to all of our clients, and are proud to represent you, whether you have a multi-million dollar personal injury damages case or if you’re simply looking for a little help getting back on your feet after an injury at work.  While we have handled our share of large damages cases and claims, we have also handled thousands of smaller cases with the same amount of dedication and determination that we put into every case. It’s your case and your case is important to us.

You deserve a law firm and lawyers with decades of experience who are willing to go to bat for you. Check out our reputation for results and then give us a call to schedule a free, no obligation appointment with an attorney who will take the time to listen to your story and give you the best possible advice. All consultations are absolutely free and without obligation.

ALL consultations are FREE. ALL fees contingent.